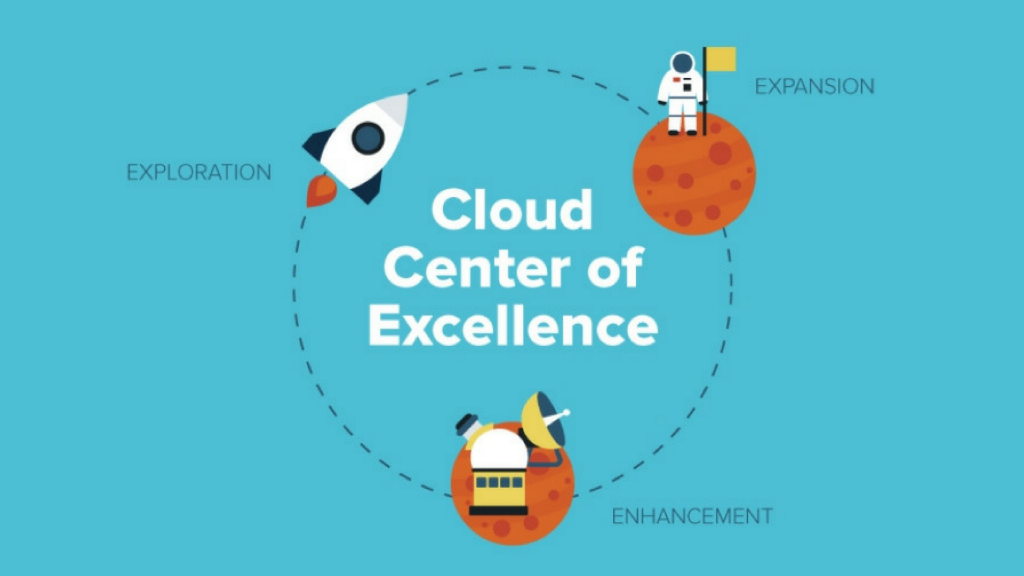 Design your cloud center of excellence for constant evolution

Werner Vogels launched the 2017 AWS Summits in Sydney with his typical non-conformist approach that transcends both keynotes and strategy. The Amazon CTO took center stage wearing a custom T-shirt emblazoned with “Werner Against the Machine” — the chest insignia of a modern superhero.

As the ultimate committed change agent disguised as a CTO, Werner is using his AWS superpowers to save businesses worldwide — using speed, analytics, flexibility, the skill to adapt, and the power to take flight from ‘hostile’ database vendors.

The Supersonic Speed of an Enterprise

For most other enterprises, supersonic speed is the most elusive superpower for a heroic cloud journey — and the most necessary to harness.

During my 20-year career at Capital One, speed at scale was the modus operandi of the lean enterprise. Accelerated by an agile mindset and DevOps culture, the rapid rate of adoption enabled a cloud journey that transformed Capital One into what is now essentially a large FinTech startup.

Capital One’s accelerated technology transition is powered by the API-driven cloud computing services from AWS, enabled by real-time access to big data, and fueled by a commitment to the open source community. While technology plays a leading role, the hardest part of that transition and ultimate superpower is really a talent transformation.

The Gravitational Pull of Legacy

Gaining the supersonic speed to achieve escape velocity from on-premise data centers requires bold leadership with a long-term dedication to innovation. There is no magic pill for enterprises — although going all-in with AWS is a leap in the right direction.

Cloud computing has posed a disruptive threat for years, but short-term incentive structures provide little reason for large corporations to invest in the disruptive technology. Many enterprises continue to be anchored by the weight of their own internal processes and platforms — and paralyzed by the FUD of vendors in survival mode contributing noise to their echo chambers.

The gravitational pull is preventing many enterprises from gaining momentum and advantage in the cloud — at least not at the speed required to avoid death by the fast and hungry. The only way out of the dilemma is to adopt a new approach — where continuous innovation is the new bottom line and speed is the name of the game.

Achieve Escape Velocity with a CCoE

For enterprises that are serious about cloud adoption and aspire to achieve supersonic speed, the executive leadership team must invest their time, resources and budget into the sponsorship of a Cloud Center of Excellence (CCoE).

The CCoE is an essential mechanism for large organizations planning to achieve the velocity required to escape the gravitational pull of their own death star — a private cloud or an on-premise data center.

Design the CCoE for Constant Evolution

The Cloud Center of Excellence will continually evolve in order too keep pace with the rate of innovation associated with cloud adoption. Modern enterprises should be very purposeful with the organization design principles of their cloud program structure.

The leaders of cloud programs should observe the flow of their value within the organization, and design an adaptive structure that evolves alongside the internal needs of the enterprise. Simon Wardley infuses these concepts of flow and transition within his value chain mapping strategies — and his design principles apply as much to organizational design as they do towards product evolution.

All of this stuff - bimodal / two speed IT / dual operating - de-emphasises that important transition, the middle - https://t.co/hgpEvMurt5

Applying Simon’s design principles of Pioneers → Settlers → Town Planners (PST) toward an organization’s cloud adoption program offers an innovative approach for effectively navigating the evolving journey. Guided by astute situational awareness, organizations learn to continuously pivot through the cycle — from the exploration stage, through expansion, toward the enhancement of industrialized components and patterns.

Stage 1: The Cloud Center of Exploration

Embarking on a cloud journey requires a tremendous amount of iterative experimentation with the underlying AWS utility compute services. During this stage of early adoption, the core team is focused on pioneering engineers with plenty of aptitude and attitude.

The two-pizza team leverages agile techniques to break things daily — and collect the data which will determine the patterns of future success.

The core team is stacked with battle-tested engineers with deep experience in understanding how critical functions currently operate, and know how to translate existing data center platforms into cloud services. These engineers have plenty of scars and war stories from previous tours of duty with security, network, and access control.

Once the pioneers solidify early successes into identified patterns, the focus turns toward scaling the prototypes into products and services that are consumable by the enterprise. By listening to a broad range of internal customers, the settlers refine the patterns and help the understanding grow.

When the cloud services start to scale across an enterprise, it’s natural to place a heavier emphasis on governance and controls. A key advantage of AWS is the ability to engineer your governance by leveraging the API-driven services to access real-time controls and compliance.

How we know what is knowable, or epistemology, is much different in the cloud versus on-premise. — adrian cockcroft

At this stage, it’s imperative to focus on scaling the early understanding of AWS to the enterprise — achieving critical mass of cloud fluency is the only way an organization can sustain a transition to the new operating model.

Social Consensus Through the Influence of Committed Minorities shows that when just 10% of randomly distributed committed agents holds an unshakable belief, the prevailing majority opinion in a population can be rapidly reversed.

Invest the time and money into a multi-dimensional cloud education program. An engaged workforce armed with compelling context and content will dramatically accelerate your organization through the ‘trough of despair’ and ensure more attraction versus attrition.

Elevating other departments beyond your core team’s existing capabilities is a key early indicator of achieving escape velocity.

As the cloud journey matures, it should lead toward the commoditization of services that result in more cost efficient, faster, and industrialized platforms. In highly regulated industries like financial services, the organization depends on these town planners to ensure customers and regulators can trust what’s built.

Innovation it’s not just limited to the early stages and pioneers — it’s also found in the operational stages of cloud adoption. For example, Capital One’s Terren Peterson is evolving the mindsets of their engineering teams by embracing the concepts of Site Reliability Engineering using innovative approaches to manage operations.

Cloud Custodian is a function-based policy rules engine. The origin of the service demonstrates the PST design principles at work. Originally developed internally by their pioneers, it was scaled across the entire enterprise by settlers, and finally driven toward open source commoditization by the town planners.

Using these organizational design principles, a cloud program team can begin to continually cycle through the explore-expand-enhance stages. Over time, this approach will begin to harness Werner’s superpowers and accelerate cloud adoption at supersonic speeds.

Design your cloud center of excellence for constant evolution was originally published in A Cloud Guru on Medium, where people are continuing the conversation by highlighting and responding to this story.