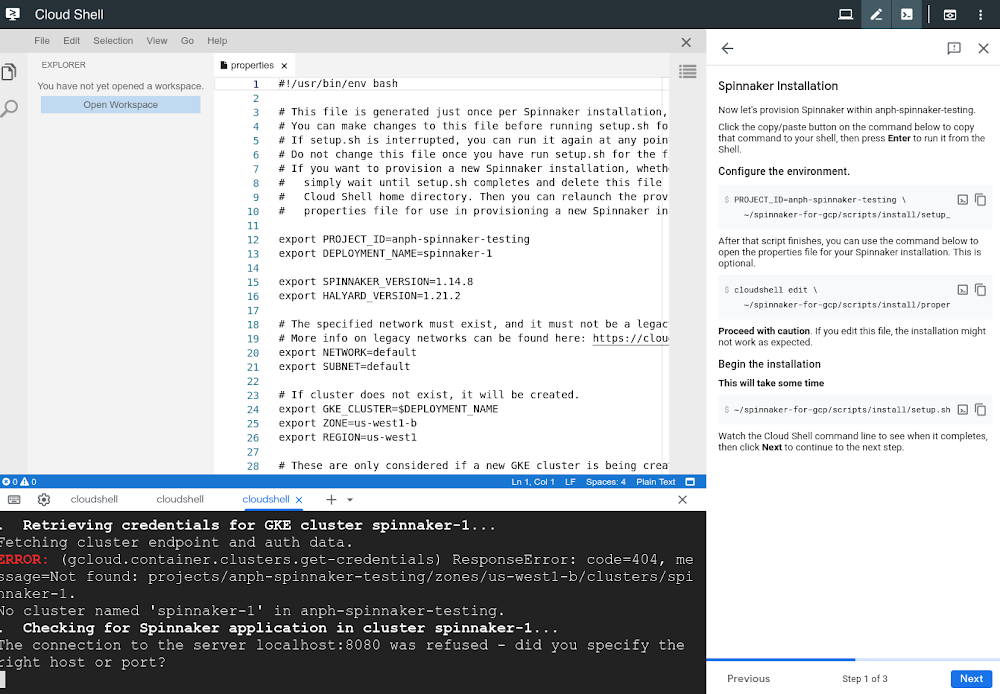 Development teams want to adopt continuous integration (CI) and continuous delivery (CD), to identify and correct problems early in the development process, and to make the release process safe, low-risk, and quick. However, with CI/CD, developers often spend more time setting up and maintaining end-to-end pipelines and crafting deployment scripts than writing code.

Spinnaker, developed jointly by Google and Netflix, is an open-source multi-cloud continuous delivery platform. Companies such as Box, Cisco, and Samsung use Spinnaker to create fast, safe, repeatable deployments. Today, we are excited to introduce the Spinnaker for Google Cloud Platform solution, which lets you install Spinnaker in Google Cloud Platform (GCP) with a couple of clicks, and start creating pipelines for continuous delivery.

Spinnaker for GCP comes with built-in deployment best practices that can be leveraged whether teams’ resources (source code, artifacts, other build dependencies) are on-premises or in the cloud. Teams get the flexibility of building, testing, and deploying to Google-managed runtimes such as Google Kubernetes Engine (GKE), Google Compute Engine (GCE), or Google App Engine (GAE), as well as other clouds or on-prem deployment targets for hybrid and multi-cloud CD.

Spinnaker for GCP integrates Spinnaker with other Google Cloud services, allowing you to extend your CI/CD pipeline and integrate security and compliance in the process. For instance, Cloud Build gives you the flexibility to create Docker containers or non-container artifacts.

Likewise, integration with Container Registry vulnerability scanning helps to automatically scan images, and Binary Authorization ensures that you only deploy trusted container images. Then, for monitoring hybrid deployments, you can use Stackdriver to gain insights into visibility into the performance, uptime, and overall health of your application, and of Spinnaker itself.

“Getting a new Spinnaker instance up and running with Spinnaker for GCP was really simple,” says Ola Karlsson, SRE on the Chrome Ops Developer Experience team. “The solution takes care of the details of managing Spinnaker and still gives us the flexibility we need. We’re now using it to manage our production and test Spinnaker installations.”

Spinnaker for GCP lets you add sample pipelines and applications to Spinnaker that demonstrate best practices for deployments to Kubernetes, VMs and more. DevOps teams can use these as starting points to provide “golden path” deployment pipelines tailored to their company’s requirements.

“We want to make sure that the solution is great both for developers and DevOps or SRE teams,“ says Matt Duftler, Tech Lead for Google’s Spinnaker effort. “Developers want to get moving fast with the minimum of overhead. Platform teams can allow them to do that safely by encoding their recommended practice into Spinnaker, using Spinnaker for GCP to get up and running quickly and start onboard development teams.”